Get fresh music recommendations delivered to your inbox every Friday.
We've updated our Terms of Use. You can review the changes here.

by Vapors of Morphine 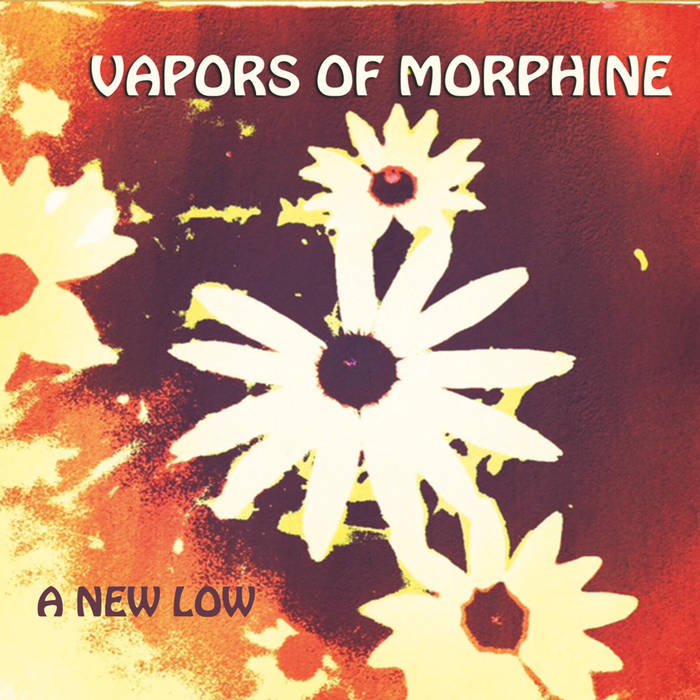 gabrielbwilliams I'm so excited to see this new album, thank you so much for putting your music out there for us. Favorite track: If.

Nik Havert The return of low rock couldn't have come at a better time. I love the new versions of the classic Morphine tracks as well as the new stuff.

Vapors of Morphine
A New Low


℗ & © 2016 Vapors of Morphine. All rights reserved. Warning: unauthorized reproduction of this recording is prohibited by law and is subject to federal prosecution

Jerome Deupree: drums and on all except

Jeffrey “Cannonball” Allison: drums and grins on Wind Up Radio and Baby's On Fire

Boubacar Diabate: vocal and vocal samples on both versions of Renouveau/Daman N'Diaye

Cover photo and CD design by Lisa Deupree. Photos of Jerome and Jeremy by Dana Colley; photo of Dana and Jerome by Brian Gifford.

Dana and Jerome of Morphine revive their late frontman Mark Sandman's catalog with the help of Jeremy Lyons, but they go far afield, exploring uncharted regions in a sea of inspiring, unusual music. ... more

Bandcamp Daily  your guide to the world of Bandcamp